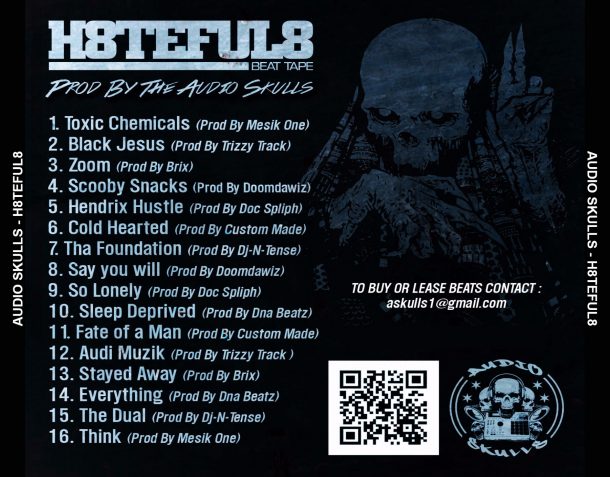 This  mix tape is composed  of 8 producers each putting up, 2 different tracks. It is a bold move, with the competition  so ripe for the picking. The Audio Skulls are a band of music producers ( mainly Hip Hop)  that teamed up to produce this  16 track album, ( more work to be released at a later date) Each artist has a 2 track opportunity  to grab the listener’s attention. which could, parlay into having their catalogs heard. By collectively releasing these tracks not only, are they increasing the odds  of success, they are also, taking the game of Hip Hop back to its fundamentals of, strength in numbers. One of the best elements of this album is the diverse and rhythmic styles of each producer. There is a robust variety, that delivers multiple samples of styles you will not hear if you are listening to one producer’s collection of beats.