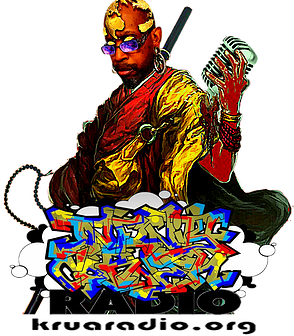 Born in South Bronx, New York in 1967 on Hughes Avenue & 180th Street – the neighborhood was one of Rubble and neighborhood struggle.

But in those days before the hand held games, there was the will of being imaginative, creative, and colorful, in a world where WE were all we had. The Bronx, to me, was a safe place because we all knew each other. I could go for blocks without the thought of danger crossing my mind. I don’t know if it was me being young and naive or just comfortable. I remember my first encounter with the Elements.

I say Elements because at that time that’s what they were before hip hop, it was Belmont park and I remember seeing red sweat shirts with the words “Casanova Boys” encircled on the back with my cousin Freddie talking with them. They started walking, I started to follow and was told by my cousin Fred to stay with Duane (Gator). A bunch of guys got out of a van caring crates of records and a large take. Speakers, record players and amps followed. They plugged into an abandoned building just behind the park and the next thing I remember was music, playing as loud as blocks could span.

This was the beginning.

I wrote my first rap while living in Baisley, Queens in 1980, to the instrumental of heartbeat by The Treacherous Three. LOL.

I remember stealing a rhyme from this song I heard, that I fell in love with.

“Well you’re walking down the street with your, box in your hand… and your playing, the music of The-Poison clan… and your walking the pavement of the-sunshine street… and your snapping your fingers to the sure-shot beat.”

I always wrote petty and never received less than 90%, so rapping?

Pffft, no problem! I got this.

I became a Bboy in the year of ’73, cause I used to see the Floormasters on the blocks I hung out at. I wasn’t very good at flour work but I could to rock my ass off.

I moved to California in the year 1983, just a year after Hip Hop Landed on Cali shores. I moved to Inglewood, but it was sure after a non-physical confrontation with an IFMG (Inglewood Family Mafia Gangster), that was enough to give my mother reason to move us to Orange County. The change of environment was an experience and a test of survival and independence. I met a lot of people that day. It seemed being a New Yorker, made me somewhat of a celebrity at Brea High School.  As we were known for being the Birth place of Hip Hop. Within a matter of a year we formed a Bboy crew and because I was South Bronx to the Heart, we named it “The West Coast Floormasters.”

The funny thing was we weren’t nearly as good as the east coast but I soon found out that Cali was king at Popping, so I tried my talent at that. After 2 years and a chance to graduate, I and many others began to move on from Bboy-ing, and focused on graduation. I was friends with, what had to be the biggest Mexican I’ve ever seen, George Bernal. He introduced me to his brother David Bernal who then became my first, and, to this day, my DJ. From then I wrote everyday, filling composite books, calling them volumes. David then gave me the name “LYRIX”. That was 1986.

In 1991, I met Sean Kennedy via a mutual friend. This was, for me, stardom. I found myself in the offices of Duff Marlow, Guy Osary, and at one time, The offices of New a Best Tentative Music Attorney for RZA. I learned one thing. It’s NOT who you know, but what you are willing to sell your soul for.

I was managed by Guy Osary for a short time due to a connection I had with Proper Grounds (Downtown Circus Gang), lots of clubs, shows and even advantage appearance as a Mosh Pit extra on the Arsenio Hall show.
(You Tube “Proper Grounds Jezebel Live”), The time I spent learning the industries dirty secrets taught me allot about “Do It Yourself Tactics 101.” I knew Duff Marlow through Proper Grounds and made it a habit to hang out at the EMI Offices on a daily basis. One day we order food and I notice about the stacks of boxes about ten high three rows across behind a desk. I asked what they are and he hand me a box and says, “Here, take one.”
Holy Shit! Demo Tapes!?

I immediately went to my crew and said “We are NO LONGER sending DEMO TAPES out to record companies! Back to the lab.”

2000 I teamed up with my long time Bboy Junior Aguilar to form a Three Emcee crew called Epidemic. The crew was strong but it would soon prove to be challenging with one of the members. No less than half a year later 5 more members were added and after another half a year Epidemic Massive was regrouped, putting out an LP, and later a Full length called “RATED E”. Working and Performing with such individuals and groups such as Mumsford, RASCO, Planet Asia, TECHNICALI, RBX, LD, ARIANO, Johnny Rivers, Redael, John Crook Molina, and Frank Nitty (Deftones). Also became front acts for Visionaries, People Under The Stairs, LMNO, Slum Village, The Marley`s, and YP.

Since then DocDaWhoo has been raising a family, and with Charmilyn, has just fixed into a new venture with Several Affiliates and FLAVA 4 YOUR EAR Productions to start The Infinity Corner.