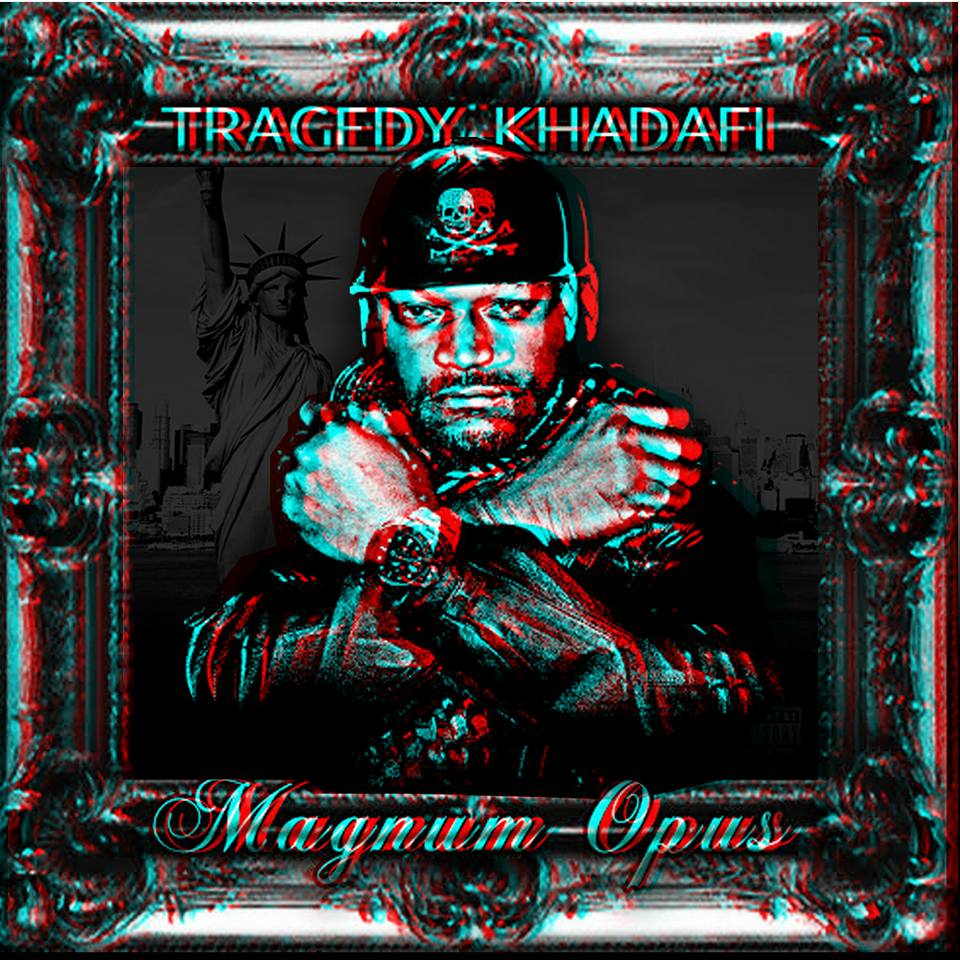 Tragedy Khadafi began his career as half of the duo Super Kids, along with DJ Hot Day, releasing the single “Go, Queensbridge” in 1985.[3][4] It was this output that caught the attention of Marley Marl, who produced in 1986 the duo’s next single “The Tragedy (Don’t Do It)”,[5] with Chapman also being made a junior member of the Juice Crew[1][3] alongside artists such as Big Daddy Kane, Kool G Rap, and MC Shan. In 1987, he appeared as MC Percy in the B side of the 12″ “Juice Crew All Stars”[6] and also on the last Super Kids single, “Hot Day Master Mix”.[7] After a conviction that year (he was only 16 years old) for robbery charges followed by serving time in the Elmira Correctional Facility,[8] Chapman became a Five Percenter and began working under the alias “Intelligent Hoodlum”.[3]

Chapman continued to record throughout the remainder of the 1990s. One of his last recordings as Intelligent Hoodlum was the title cut for the motion picture soundtrack of Posse, a Hollywood Western that told the story of an African-American gunslinger posse. This song marked the end of Chapman’s overt focus on Conscious hip hop, Black history and political commentary in his verses. Working with Capone, Noreaga and Mobb Deep, recording “L.A L.A” a response to Tha Dogg Pound’s “New York, New York”, Intelligent Hoodlum then began working under the name Tragedy Khadafi in 1997.[3] He also worked on Capone-N-Noreaga’s debut album, The War Report, on which he actually appears more on the album than Capone. When the latter returned to prison, Noreaga severed ties with Tragedy. In 1998, Tragedy formed the group Iron Sheiks along with his lifelong friend, Michael Butler a.k.a. Imam T.H.U.G., who was also from Queensbridge, releasing an EP, which contained the underground classic “True Confessions”.

Khadafi’s third album, Against All Odds, was scheduled for release in 1999, but conflict with his label stalled the release, finally being released in 2001, which was also the first appearance of emcee HeadRush Napoleon, who continued to work with Tragedy on future recordings. On the album, Tragedy dissed Noreaga and accused him of stealing his rhyming style on tracks like “Crime Nationalist” or “Blood Type”.[3] Noreaga kept the animosity going with his track “Halfway Thugs Pt. II.”[3] This was followed by Still Reportin’… in 2003. In 2005, he released Thug Matrix independently and also released an album as a member of the group Black Market Militia. Khadafi’s latest releases, Blood Ballads and Thug Matrix 2, were both released in 2006.

He also starred in a documentary known as Tragedy: The Story of Queensbridge about his life and his struggles, growing up, his being a junior member of the Juice Crew, the numerous times he was incarcerated, and the toll a hard life has on a poor African-American child growing up without a father and with a mother addicted to heroin.[9]