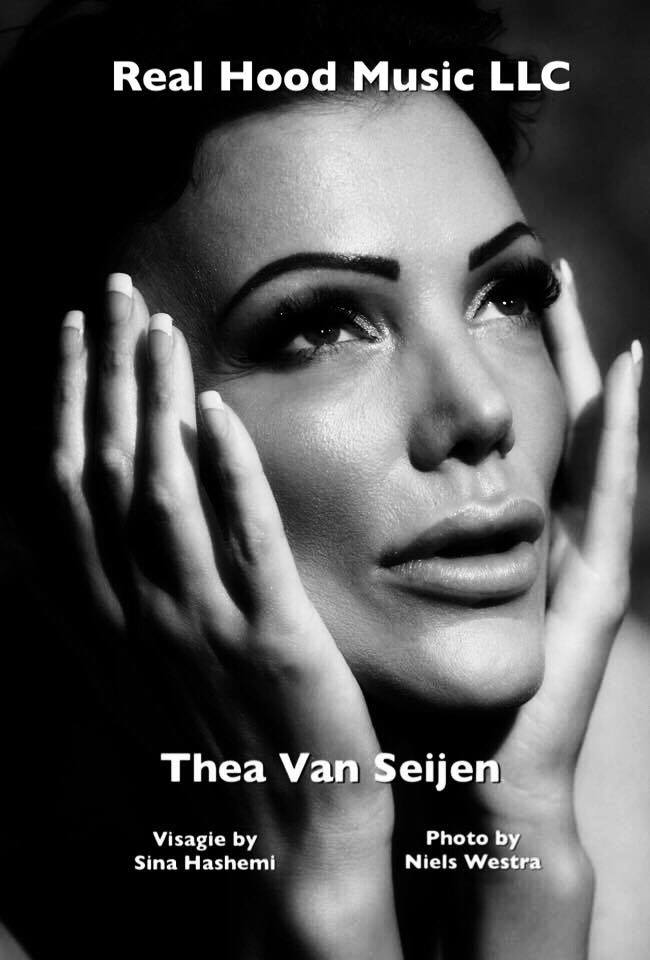 The answer is yes! Yes you have probably heard of her and from her somehow, somewhere, especially if you have been following any of the projects and releases The RZA (Wu-Tang Clan) has been putting out since 2005.

Thea Van Seijen, who hails from The Netherlands and resides partially in Europe and USA is the new soul/Jazz/Hip-hop sensation discovered by The RZA. RZA’s gift for discovering talents is always on point and remains so to date, a chance meeting outside a studio in Lankershim Boulevard, California with RZA’s cousin Daddy O began the musical expedition for Thea, who is blessed with a voice most normally compare to the likes of the renowned Billie Holliday.

Thea is easily conspicuous within the Wu family tree, apart from her charming looks and great inspirational voice; she pretty much stands out in every other way. Most of Rza’s protégés, discoveries and Wu affiliated artists have primarily been men, which is a typical trend common in hip-hop and most of these artists, soloist or groups have predominately been African Americans.

In a male dominated hip-hop scene only a few women have aligned themselves within the Wu. Thea Van Seijen (her real name), is the first female affiliated with the legendary Wu legacy that is white, female and not from America. Why should that matter? Hearing her golden voice tear through songs is enough to captivate any listener regardless of race, sex and geographical location. Her vocal style comes across as being strongly inspired by Jazz but fused with hip-hop instrumentalists with a deep personal and intimate approach to singing. It’s the skills and gift that Thea had that made RZA enlist her as his new found protégé,

Thea was introduced to the world on the hit song “Baby Boy” in 2005 off the Unleashed soundtrack and have gone on to feature on numerous projects from the Bobby Digital Digi Snax to WuTang Chamber and more soundtracks such as Derailed 2005 , Afro Samurai Part One 2007 and Afro Samurai Part Two 2009 who won a EMMY AWARD in 2010 for Best Animation Movie in the US and not to forget the soundtrack The Man with the Iron Fists in 2015.

Thea also worked with many great producers such as Che Pope Viscious, Mark Batson, Gerry Brown and Bradley Spalter. Thea was blessed to be guided by great talent such as Latanya Blige and Shaka management Lil Kim and Mike Lynn from Aftermath.
With these high profile collaborations, still not much is known about her, especially as it seems she is keen on keeping a very low profile and let the music speak for itself, or perhaps she is waiting for the right moment to come all out? Either way one thing is evident, Thea is a star in the making and only time will tell…

Thea has been the subject of discussions on different forums on the net and the list goes on and on about her double life as being a singer-songwriter and being in the adult industry.

One thing’s for sure her voice and her looks are simply classic and timeless. She’s well respected by many and as Rza put her out first and took her under his wing from 2005 counting up to 2011 Thea still remains to go hard at it. From the adult industry back into the studio daily.

Thea Van Seijen who hails from Leeuwarden The Netherlands one of a few and one of a kind!