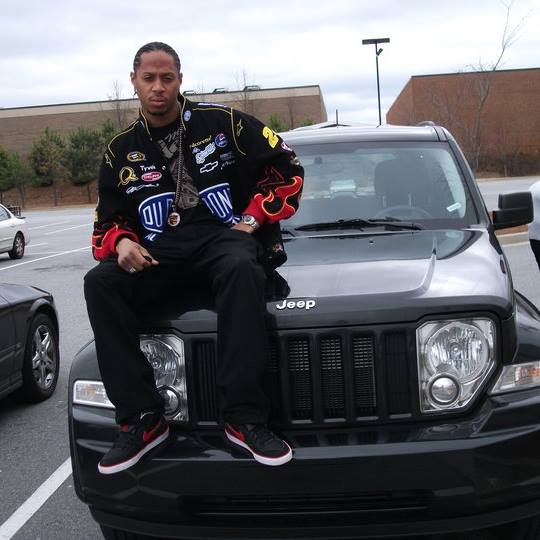 Born in Providence RI. Synista spitting them sick rhymes for a minute. He started really making a name for himself around the RI rap scene, doing shows, open mics, battling other m.c.’s, and raising hell on the streets.

His rowdy ways is legendary to all that witnessed. In attempt to slow him down and make something of his life his cousins Intellect and Emecca formed the group Influenza and took their cousin in. They made a demo that blazed the streets and caught the attention of Styles Amazing/Mass Hysteria. They was smashing shows straight killing the New England region.

INFLUENZA was a group to look out for. But the group disbanded. He moved to Houston and started rocking open mics for a year. Then he moved to Atlanta. But more setbacks and drama would come his way. Deals that fell through, jail time, violent beefs, and tragic deaths. Synista decided to round up his street click and formed the AFC (African Family Connection) and they tried making a name for themselves in the Atlanta music scene. But more legal drama and street beef would complicate their grind.

The rest of the AFC click would relocate to North Carolina, Philly, South Carolina, and Providence. But Synista would remain in Atlanta. He would hit up every open mic and killing shows. Then he would enter the rap battle circuit and would go all over the country and made a name for himself. He then was brought in the GGO (Ghetto Govt Officials) crew through longtime friend Automatik Greatness. GGO is the organization headed by Wu-tang affiliate/Sunz Of Man member Hell Razah, and Synista represents the Atlanta chapter. With his families AFC and the GGO its easy to see Synista will definetley make his mark among rap’s top spittaz.