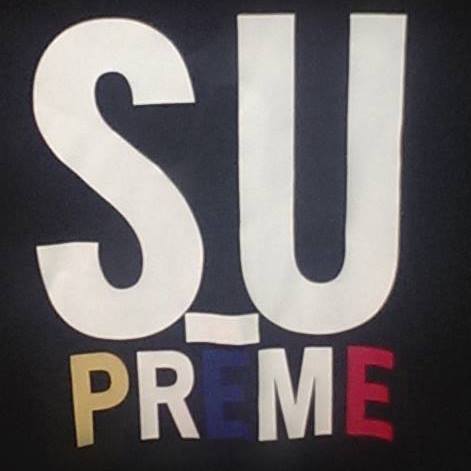 Supreme, aka Supreme Kourt, is a Wu-tang Clan affiliated Producer. Supreme was Sunz Of Man’s main producer in their early days when they were known as Da Last Future. He now produces mainly for Sunz of Man members Hell Razah and Shabazz The Disciple.

Their First Testament began in 1995 with Alaric Wilder (SUPREME) and Donald Midgette, putting together a group of rappers which included; HELL RAZA, ZODIAC KILLA, PRODIGAL SON & KILLA PRIEST, into a studio to record for their Production Company; “RED HOOK RECORDS”.
An underground Test Pressing hit the ear of Prince Rakim (RZA) of the WU TANG CLAN and the rest is history.
Naming the group SUNZ OF MAN and recording new tracks with additional rappers, SHABAZZ THE DISCIPLE and 60 SEC, WU TANG chose a couple of tracks produced by SUPREME “NO LOVE WITHOUT HATE” to release on their WU TANG RECORDS label.
The remaining tracks produced by SUPREME, 4th DISCIPLE, PEDRO & Y-KIM, have now been made available together on this ablum for the very first time.
We hope you enjoy the
FIRST TESTAMENT of SUNZ OF MAN!

Su-Preme
As one of the founding members and primary producers responsible for the seminal work of Wu-Tang affiliate Sunz of Man, Supreme played a key role in the group’s identity and sound while contributing memorable tracks such as the single “No Love Without Hate”, “Natural High” and “Israeli News” on their debut release The Last Shall Be First. Being an industry insider for over 20 years, Supreme is able to tap into priceless wisdom gained from his vast experience in music production and knowledge of film direction, cinematography, and editing.