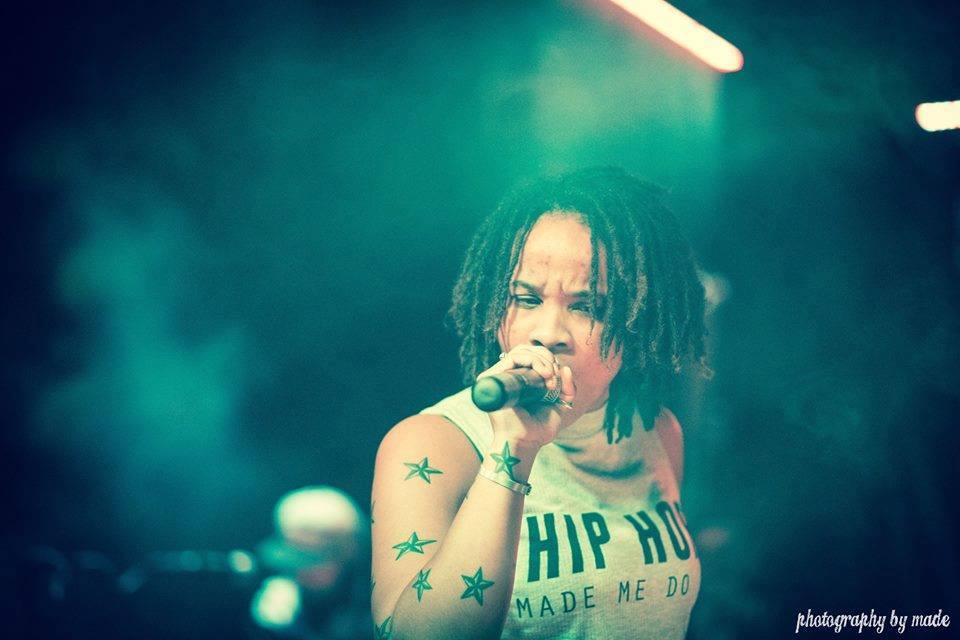 An upcoming female mc who will really make a difference and give you something you never heard before. In her words: “I Guess They Need To Label Strangers To Create a Vision, As If Your Opinion Will Be Effecting The Way I’m Living” She will break out of any box you’re trying to put her in. Starrlight can not be compared to anyone else and could be very refreshing for the hiphop scene.

Starrlight – Starrlight is a (F)emcee from The Netherlands. Her mission is to make a difference in this so called “man’s world” Pursuing things people say only men could do. At an early age she developed her love for music. With influences from female mc’s like Missy Elliot, Da Brat, Lil’kim, MC Lyte, Foxy Brown & Bahamadia she decided to create her own sound and succeeded. Starrlight has earned her stripes in this industry. From spittin in the mirror to rocking open mics, from being on the bottom of the line up to opening up for great artists like: Rockness (Heltah Skeltah), Shabaam Sahdeeq, Reverie, Yarah Bravo and Onyx. Starrlight has released 2 EP’s: “Light of The Stars” & “Hypergraphia” and has been part of multiple international collaborations. You can not ignore a resumé like this. Starrlight is known for her crazy flow, deep lyrics, insane live shows full of energy & inspiring women to stand strong and hold their own.

Pre-order of Soulshifters EP. You get 2 tracks now (streaming via the free Bandcamp app and also available as a high-quality download in MP3, FLAC and more), plus the complete album the moment it’s released.

Pre-Order the hardcopy on www.eastgardenmusic.net and receive a EASTGARDEN USB-Stick with the Full Discography of Starrlight & PSL.