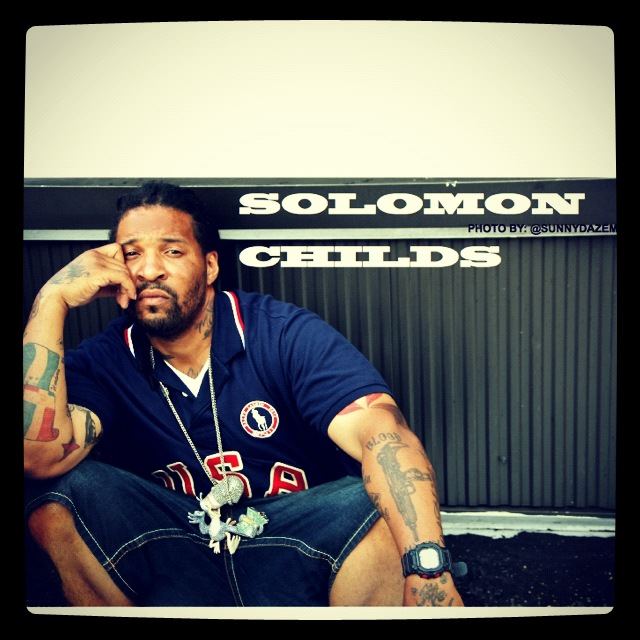 In an era where run of the mill rappers come a dime a dozen, artist Solomon Childs sits atop his
own throne as possessing one of the most notable and unique voices in all of hip hop. Coming up in
the 90’s under the Wu-Tang regime afforded Solomon what seemed to be the opportunity of a
lifetime. As the Wu-Tang Clan became the world’s most sought after group, Solomon’s early career
was filled with nothing but gold and platinum certified achievement.

While fueling off the album successes of the late 90’s into the new millennium, Solomon Childs
was sought out by fans and critics all over the world who had sung his praises for his unique gutter
flow and grimey verbal prowess. Spanning across Europe, Latin America, and throughout
Northern America, Solomon made his mark in the physical by performing alongside artists such as the Wu-Tang Clan, RZA, Ghostface Killah, Theodore Unit and more while earning the loyalty and respect of a diverse and wide array of fans who cared nothing more than for the art of hip hop and those like Solomon leading at the forefront of the movement.

THE VOICE OF THE PEOPLE
SOLOMON CHILDS

During this time, fans and media outlets all around the world embraced the artist known as Solomon Childs for his vocal contributions and appearances in many classic videos such as Cappadonna’s “Black Boy”, Ghostface Killah’s “Cherez La Ghost”, RZA and Kool G Rap’s “Cakes”, and Remedy’s “White Boy”.

Whether it was long periods of tour travel and promotions, being a public icon, or the constant struggle that comes with maintaining a high demand work schedule as an entertainer, Solomon began prepping himself as a solo artist to further brand the name Solomon Childs and step
out from the Wu-Tang shadow. While maintaining the same voice that his fans throughout the 90’s until now had held in such high regards, Solomon learned that it was essential to be as versatile as possible in order to survive in the ever so changing music business. Mixtape collaborations with the
likes of RZA, Alicia Keyes, Destiny’s Child, Mark Ronson, and more earned Solomon a huge following as a solo artist with combined sales of over 75,000 units.

From an emcee who refuses to fade with the times as the essence of hip hop is eclipsed with short lived trends and even shorter lived artist careers, comes the man we know as Solomon Childs.

Recognizing his potential at this very point in time is exactly the motivation behind Solomon’s desire to move forward and progress rather than dwell on the luxuries and successes of the past. In the year 2009, the voice of the people that is Solomon Childs is set to speak great volumes…
make sure you’re tuned in.