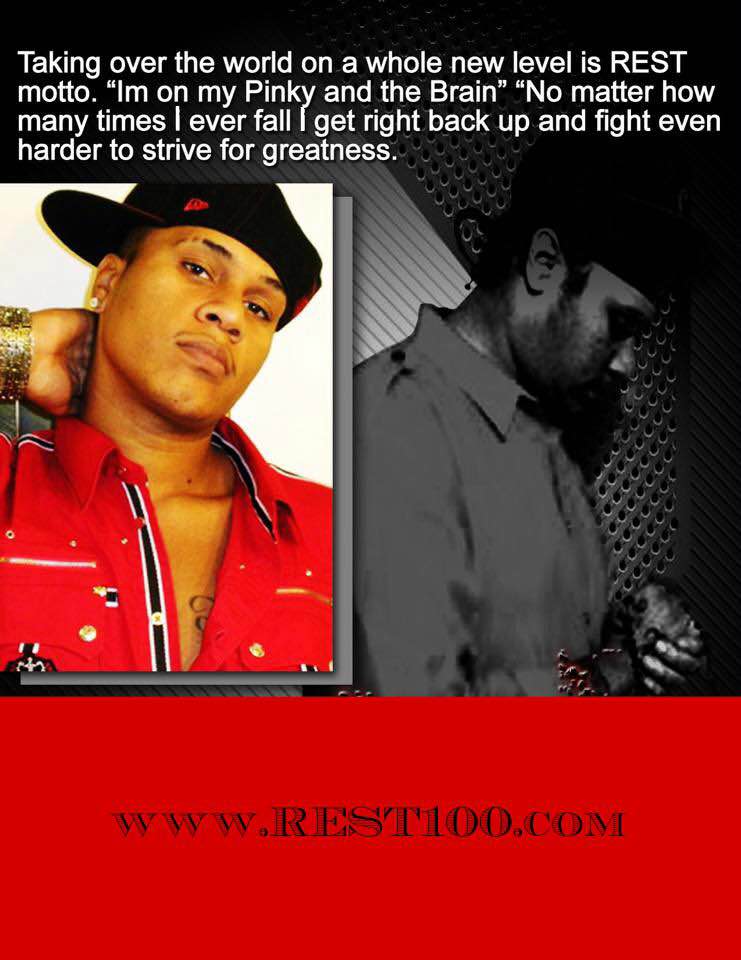 International recording artist REST formally known as Rico Cheatham, Claims he has created the “Ultimate Music Machine” BiK Squad (Building Indisputable Knowledge Incorporated) 28 year old entrepreneur and hip hop mogul says he bringing what the games been missing from all categories of music. From Hip Hop, Reggaeton and Pop to name a few.

R.E.S.T., born in Staten Island and raised within different foster homes throughout New York. His rap name R.E.S.T stands for Revolutionary Emerging Surviving Tragedy and the initials of his four children Rico, Eli, Shayle and Toni. He is the CEO and Founder of BiK Squad Inc. (Building Indisputable Knowledge Inc.)

Despite his many disadvantages in life he has literally risen from the ashes to build his own empire. Serving his community through the youth and many other sponsored organizations, REST has been able to achieve what most would describe as the impossible. Proudly representing his music and positive effect on those surrounding him REST was honored with his own Proclamation day in the city of Cincinnati OH. ( November 6th).

In a interview REST was asked: From the upbringing you came from what drives a man of your demeanor, ” I came from nothing, I had nothing and now I want everything!” REST continues to grow as a Leader, Artist, Humanitarian, CEO, Father and Husband. And with REST’s recent accomplishments he has continued to flourish and spread his verses in over 6 continents and with his new Record Label he plans to follow the same format.