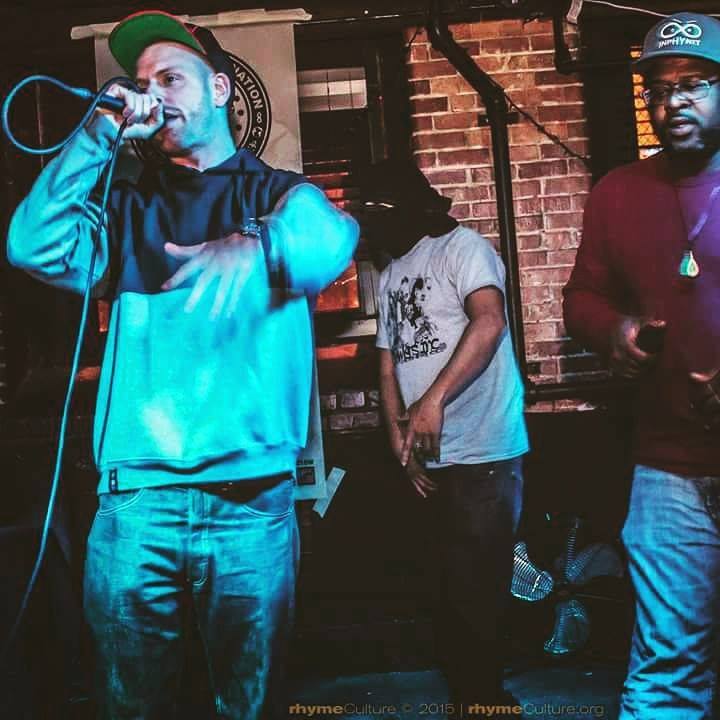 Redd Rebel was born in New York City in 1981 and grew up in Brooklyn and Fairfield, Connecticut. He started writing and performing with groups in 1995/96.

Inspired by acts such as Public Enemy, A Tribe Called Quest and the Wu-Tang Clan. Growing up in the 80’s and 90’s, in the tri-state area exposed him to the golden era and he saw many greats perform, as well as meeting and building with legendary artists.

In 2001 Redd Rebel moved to Europe, where he was exposed to a revitalized culture and saw the impact hip-hop had globally, he recorded his first solo album Headbanga Boogie in 2003, in France. After moving back to the States in 2007, along with Inphynit (aka Marlon Carey) and P$ (aka Phoenyx Williams), they formed United Soul Alliance in Providence. In 2013 Redd Rebel joined Darkstarz Records (with Inphynit and Phoenyx joining soon after). Since 2013, Redd Rebel, has released 9 projects, including the acclaimed underground LP’s BORN CROOKS (WITH PRODUCER BAR CODE); WAR CODE (WITH DSR EMCEE SKAMPOE) and two group albums with United Soul Alliance (Societal Thoughts, 2014 Afterbirth of a Nation, 2015).

With a non-stop work ethic and a continued consideration to his craft, Redd Rebel continues to build his brand/ audience globally. Be on the look for several new projects in the immediate future.