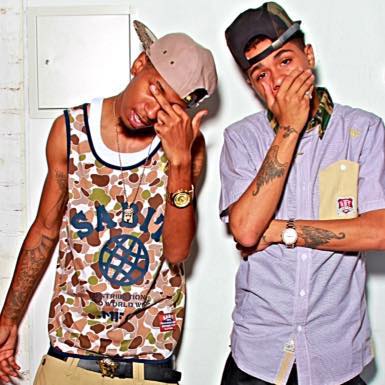 Heaven Sun aka “Yung Razah” is Hell Razah’s oldest son, born and raised in Brooklyn, NY. Yung Razah began to write music at the age of 14 unbeknown to his Father.

Yung Razah says “ My father taught me a lot as a kid. He always brought me to the studio when he could and he always made sure my focus was on the right track and I love him for that. My father is my whole inspiration.” Hell Razah says “I didn’t even know he was paying attention. The first time I heard his music is when I came home from the hospital after the aneurysm in 2010. I thank God that I wasn’t the kind of Father that was doing messed up stuff in front of my kids. My son learned to write, rap, and record himself just by watching me and I didn’t even know.”

When asked about his style, Yung Razah says, “Ii like to be original and more creative than other people. My music has a old skool new skool mix to it. When I started to rap I was past a lot of rappers around me already, and the years that have passed I’ve got nothing but better. My teams gotten stronger, I’ve been working harder , and my daughters getting bigger.”

Yung Razah released his first solo mix tape “Salute” in 2012, then dropped “Sun of Man” hosted by DJ Flipcyide February, 2014 and his most recent project “Who Ya Favorite Rapper?” 2015 which is a collaboration mix tape with his rap duo partner Rico DeNiro. Yung Raz tells fans to “stay tuned” as he has big plans and projects coming up and walking in the footsteps of his father, Yung Razah is already a force to be reckon with.