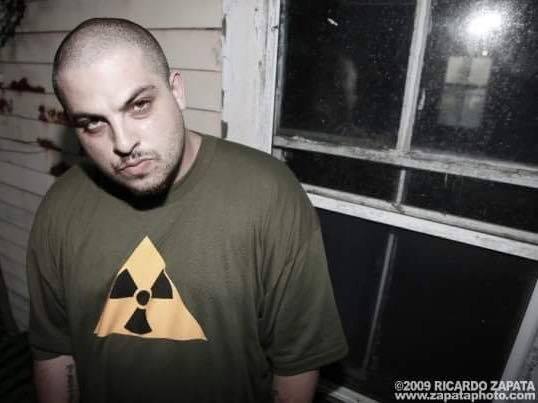 2006 • a decade later 2 of the former members of VHS (Gage-One & Trust aka Tizmoe) would reconnect & form Click Animosity. Early on in the recording process at Dj Reel Drama’s studio in Boston Ma they started recording with friend & local MC from the group Evil Dead named Rhetoric. It quickly became apparent that Rhetoric was a natural fit & was added into the group’s official line up. Click Animosity would release singles & videos up until 2010 at which point the released their debut Feeders Of The Flamez which was greeted with high acclaim from critics & fans alike. The album featured a lot of legendary MC’s such as Craig G , Lord Superb, Shabazz The Disciple & local friends Tragic Allies , Ripshop & many others.

2011 • Gage One releases solo debut LP on Def Jam Digital & Metal Barz Records called Gage-One The Conqueror- The Desolate Lands. The conqueror being a concept Gage originally came up with in 1996 while with VHS Crew. The album is post apocalyptic in theme & features guest vocals by Rasul ( Lost Children of Babylon) , Tragic Allies , Ripshop , Holocaust , Access Immortal, Karniege & many others .

2015 • Gage-One releases his EP Space Gorillas after a 2 * year break from music. The EP as of now is solely available on Bandcamp & all proceeds go to the family of Kevlaar 7 (RIP) who is featured on the project with Bronze Nazereth on Ayatollah produced song Lay It Down. The EP is essentially all posse cuts & features other artists who contributed like Crisis & Holocaust (Wu Tang Black Knights) , legendary Nine , Junclassic & Monsta X (formerly of Monsta Island Czars vi MF Doom & MF Grimm)
Fes Taylor , Dramatik (Krumbsnatcha’s Wolves crew) , Prince Po , Resek (who was in VHS Crew with Gage in the 90’s) Ripshop , Nite Boogie , Tame-One (Artifacts/ Leak Brothers / Weathermen) , Mykill Miers & more. The EP was a over saturated with collaborations by design as a poke to over collaborating. Space Gorillas is received & reviewed with a lot of love.

2016 • Gage-One is working on the following projects to be released ASAP. Gage-One – Storm Shadow mixtape (tracks from over the years that were either unreleased or from other artists projects) Click Animosity- Charred Remnants (Extra Crispy Edition LP) , House Of Rothschild ( a group formed with long time friend GI.45 who appears as Pica Lirah pronounced Pise-Ah-Leer-Ah) there are 2 albums recorded by House Of Rothschild & ready to he released. Featured artists & producers are Hell Razah , Vast Aire , Click Animosity, Ayatollah & more.

2007-2016 • Gage-One & his crew have appeared on many great projects such as A Boston State Of Mind Vol.2 , Access Immortal’s Last Summer In Brooklyn 2 , & currently single God’s Gift by Hell Razah produced by Shroom (a remix to above mentioned House Of Rothschild track)

Gage is also currently working on a secret project that only the artists & producers involved are in privy to, it promises to be a some of Gage’s best work yet.