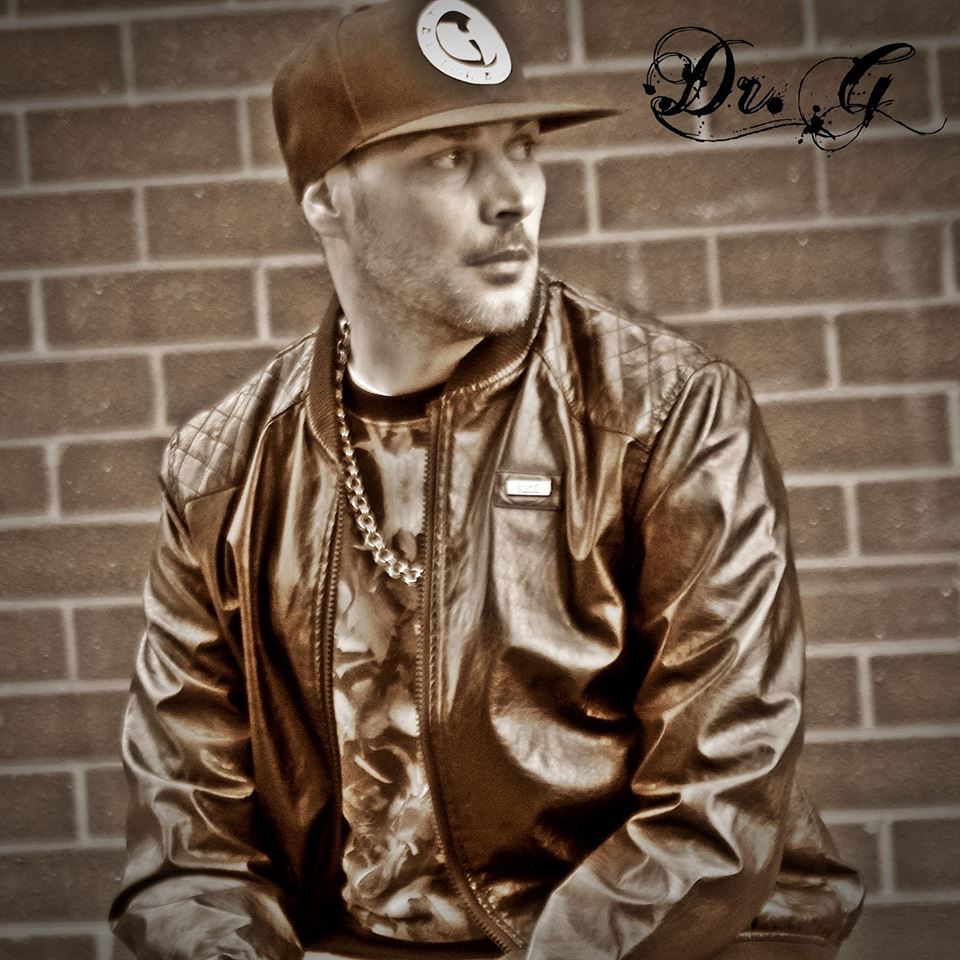 Dr.G a producer/rapper from Manchester, has been working within the music industry since 1993 starting out as a Dj with a regular slot on luv, n.r.g and sting f.m quickly drawing closer into the music world.

Through working on the radio station he began hosting full slots as well as Djing and also interviewing other artists from around the world including the late Big Pun R.I.P. By 97, he started to host his own nights in central Manchester with headlines such as dj Semtex, injector (Sony Music street team), Tim Westwood and Tony Touch whilst also fitting in his dj slots at other R n B and Hip Hop nights. Leading into 98′ i began hosting under 18 nights at club havana whilst working with Sony Music street team organizing numerous events at the M.E.N such as Lauryn Hill, Destinys Child and Dead Prez. This position allowed him to enter a large celebrity circle allowing him to meet some of the industry greats( Eminem, Destinys Child, TQ Common Sense and Muhammad Ali).

Breaking into the new millenium with 7 yrs experience he decided to try producing as well as rapping in order to branch out. Spending countless days and hours in the studio he realised this was the side of music he enjoyed most and spent most of his time working on mixtapes for local groups and also perfecting my style of production. By 07 the release of “Above The Systematic Matrix” under revolutionary records featuring many of Manchester’s local artists, finally giving him a starting point. Looking to host nights in manchester. In 2008 he dropped a solo album produced and written by Dr G featuring many different underground artists also featuring Shyheim from the wu tang clan .

Then in 2010 started to work with many more usa hiphop artist . And now in 2014 getting ready to drop his producer album featuring many industry greats (Inspectah deck/Canibus/st laz/Hell razah/Outlawz/Rap p/Shyheim/Krs 1/Tragedy khadafi/Twisted insane many more. The coalition should be out for feb 2014.