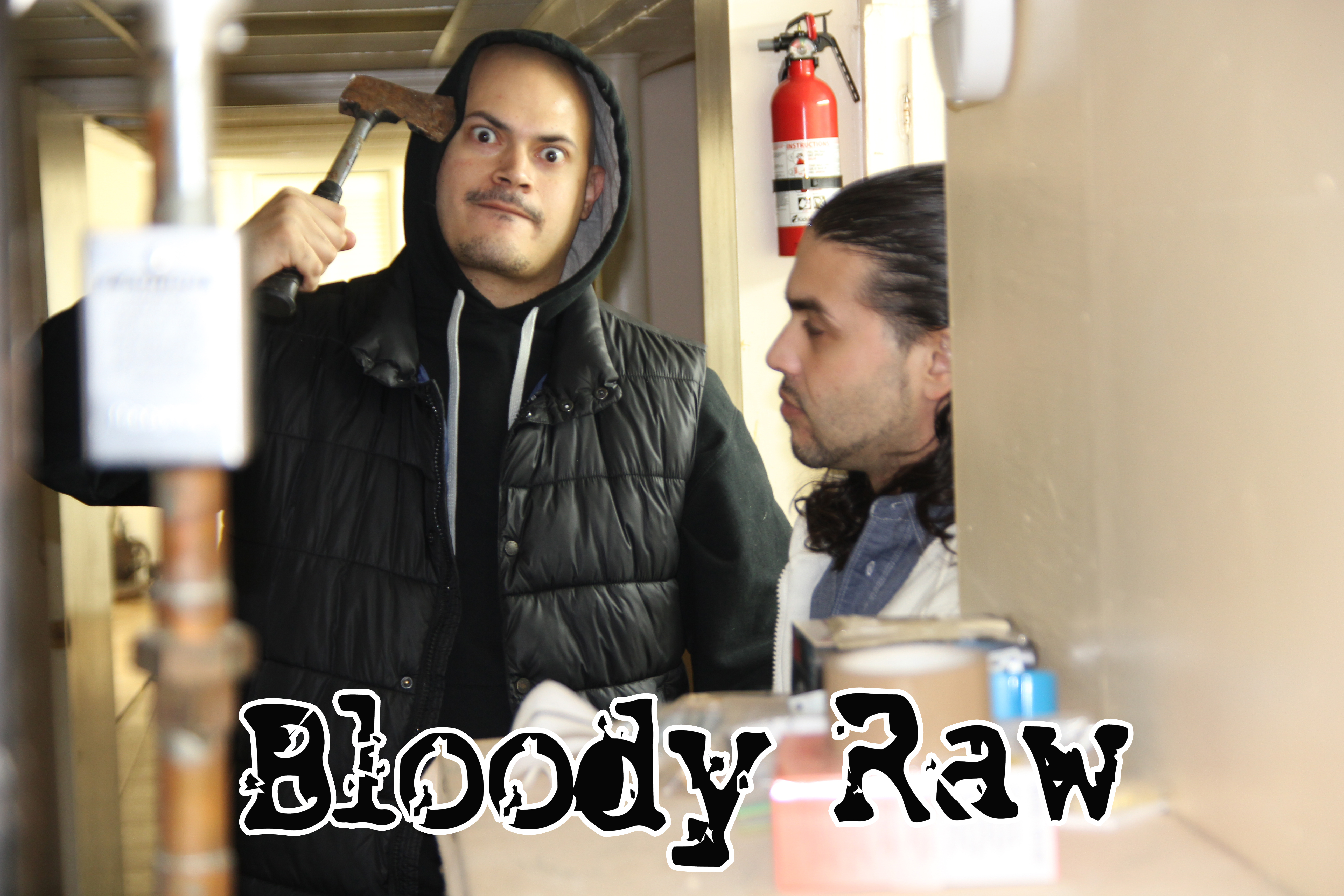 Some of us have felt that Hip-Hop as a culture was diminishing like a grape turned into a raisin under the sun. By a mystic force of grace, Bloody Raw has come with a defibrillator and oxygen tank. In less than a year, this dynamic duo has reached superb fame online and videos reaching up to 50,000 views.

Saunt, an ex-con, ruthless, and lyrical behemoth has brought a style of authenticity and arrogant wordplay that displays nothing but raw aggression and lust for spiritual evolution.

Kash has preached his way into a mental mania as a musical assassin reflecting his vigilant stealth with lyrics that will save a kitten and self-handedly destroy a village with a simultaneous, freakishly balanced state of intellect.

Aside from their obvious intimidating bravado’s, these Bronx natives are based on one foundation that new-age artists have seem to have lost: honesty. No secrets here people, these men have expressed their raw, unfiltered minds and emotions pouring out of the cores of their souls. Coming from the the culture of which Hip-Hop emerged from the struggle in our communities for political recognition, these classic characters have come to bring it back. Waking up in fear within prison walls with killers, losing every single member of a family and living alone, dark-psychological dementia’s and romantic woes are barely just the surface of topics that they cover. Some of us like the smell of coffee in the morning, Bloody Raw likes their corpses freshly rot at dawn.

They are also members of DSR (Darkstarz Records).